Getting someone’s attention in our content-saturated world is challenging. Getting someone to actually click on one of your social media posts is even harder.

That’s why visuals are so important. While beautifully created graphics are great, another kind of image—the emoji—can be just as effective in certain settings. Of course, emojis may not be appropriate to include in every major communication, but they are often a useful form of shorthand for quick updates.

The bright folks of our #SproutChat community shared their thoughts on how these tiny popular graphics can have a big impact in engaging different audiences. Below are their suggestions.

Emojis have become their own sort of language. They began as a fun addition to a text message, but they can now be used to replace actual words and phrases, conveying an entire range of emotions. Frequent emoji users have set a standard for what each character means. Brands should test which ones resonate with their audiences while closely monitoring which emojis don’t get the intended reaction. Still, for the most part, emojis are a great way to foster a more personal connection.

A1 I think #smm is about talking the talk of your audience, so emoji marketing is a natural next step #sproutchat

@SproutSocial A1: Emoji marketing is a great way to show your brand’s personality and humanize it at the same time. #sproutchat

A1 Emotional connection is key to a brand. Emoji’s can help — or hurt (by being dumb or overused.) #sproutchat

A1: Rather than saying “high five” or “fist bump” you can use the emoji. For sports you can use ? for a player who’s doing well. #SproutChat

@SproutSocial A2: I’d say both! Sometimes emotion doesn’t come across as clearly in text. Emojis sometimes solve that ?? #Sproutchat

@SproutSocial A2. I think emojis have gained popularity because they fill the gap caused by lack of tone of voice and gestures. #SproutChat

The list of emojis keeps growing, opening up the opportunity for brands to be more creative. While most may use emojis playfully, they can also be used seriously. What’s more, combining several emojis in one post can take on an entirely new meaning. Look into what emojis your community is already using to guide your brand’s overall approach and tone.

A3: Don’t think there’s any single emotion… that’s why there are so MANY FREAKIN EMOJIs! #sproutchat

A3: For me they only work with humorous/light situations. Sounds weird but sad emojis feel so much more personal #sproutchat

A3 I think in terms of marketing, positive emojis are the best to use ? #Sproutchat

While emojis can resonate with a range of audiences, some people may find them off putting. Remember: Emojis aren’t just for a younger audience, but they do tend to resonate better with millennials and Gen X. That said, there are certain situations where an emoji just isn’t acceptable at all.

If my doctor starting sending me emojis on my reminders for appointments I may think twice about him, but my dogwalker? Sure #sproutchat

A4. Not any industry. Your audience has to be emoji savvy/emoji ready. I.e. don’t use them to target seniors. #sproutchat

Let’s face it, emojis aren’t going anywhere. They have become accepted as a normal part of everyday communication. Seeing that the language has also evolved to incorporate different skin colors, as well as various foods and sports from a wider range of cultures, we predict that brands will start using emojis with even greater frequency.

A6. Branded Emojis are the future of messaging marketing. Might even be a big factor in SEO very soon! #sproutchat

A6: Using it creatively to express an emotion & connect on a more #human2human level. #sproutchat https://t.co/seOnEyhJB8

A6: It looks bright. I think more & more brands will stop to adopt them as they become more accepted among the lexicon ? #SproutChat

@SproutSocial A6. Emojis, I suspect, might blend into short videos/GIFs at some point. Though it is too early to say. #SproutChat

Thanks for Your Support!

With Thanksgiving just around the corner in the US, we have a lot to be grateful for this year—including our awesome #SproutChat community. On that note, we’re also thrilled to share that Social Media Examiner recently included us in its roundup of the best Twitter chats for marketers, thanks to the feedback from people like you.

Of course, if you’re new to #SproutChat, don’t be shy; feel free to stop by every Wednesday at 2 p.m. CST, and/or tune into our Facebook community for weekly discussion topics. We’ll see you next time, as we discuss supplementing data and analytics to prove the impact of social media today.

Social media crisis plan: What to do when things go wrong

How to Guide Your Employees to Post More on Social Media 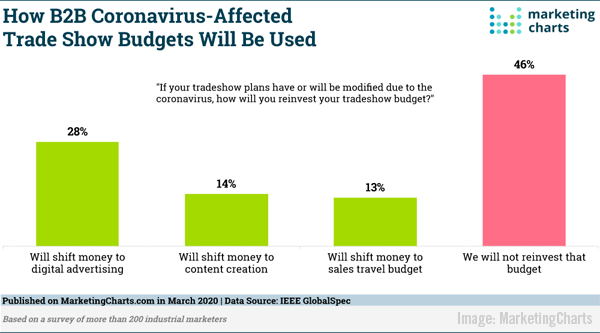 LinkedIn rolls out Conversation Ads, aimed at improving personalization in messaging
LinkedIn has begun launching its new Conversation Ads, with real-time engagement ad options that include multiple calls-to-action. Conversation Ads are rolling out to all LinkedIn (client) advertisers over the next several weeks, the firm recently announced. Marketing Land

Social Media Consumption Grows Amid Coronavirus
Social media usage has sharply increased in the midst of the COVID-19 pandemic. Certain Instagram #ad campaign post likes have seen an increase of up to 76 percent during the past two weeks, as the majority of workers have shifted to temporary remote work. AList

CX in B2B Marketing: Top-of-Mind Strategy in 2020
54 percent of B2B marketers say their organizations are focusing most on customer experience and loyalty in their marketing efforts, according to newly-released report data examining global B2B customer experience priorities. MarketingProfs

Coronavirus: Emarketer lowers global ad spend projections for 2020
Worldwide ad spending will decrease due to the COVID-19 pandemic, with a previously expected $712 billion total being revised to $691 billion for 2020, a 3 percent decrease, according to newly-released forecast data, with many expecting even sharper forthcoming ad spend decreases. Marketing Land

B2B Senior Marketer Survey: The Most Effective Approaches for 2020 [Infographic]
LinkedIn (client) is tops among senior B2B marketers for nurturing leads, with some 84 percent saying the Microsoft-owned platform is the most effective social media channel, followed by Facebook at 43 percent and YouTube at 25 percent, according to recently-released survey data of interest to B2B marketers. MarketingProfs

Facebook Warns of Ad Approval Delays Amid Staff Changes Due to COVID-19 Impacts
Facebook was among the first social media platform to announce that the COVID-19 pandemic would affect how it reviews and approves certain content including ads, with a full slate of Facebook monetized content options being impacted. Social Media Today

Sales And Marketing Are Misaligned As Email Lags In B2B Nurture Mix: Study
While some 64 percent of marketing teams said that their organizations use account based marketing (ABM) for at least half of their marketing, 90 percent consider it challenging to successfully use it across multiple channels including sales — two of several findings of interest to digital marketers in recently-released survey data. MediaPost

Instagram's Testing the Capability to Add Hashtags and Location to Stories Highlights
Marketers may soon be able to add location information and up to four hashtags to the Highlights option of Instagram Stories, which stay active beyond the usual 24-hour active period, according to recent test observations — changes that could eventually bring an array of new targeting options to digital marketers' toolkits. Social Media Today

Amazon could win big in the post-coronavirus retail economy
Marketers may swivel more ad dollars to Amazon, which has seen sizable demand increases in response to the COVID-19 pandemic. The firm announced that it was hiring more than 100,000 new workers, and a jump in ad revenue also appeared likely as some marketers have shifted more spend to the e-commerce giant. Marketing Land

Data Hub: Coronavirus and Marketing
28 percent of industrial marketers plan to shift marketing budgets from trade shows cancelled due to COVID-19 to digital advertising instead, while 14 percent will allot that spending to content marketing — one of several statistics of interest to digital marketers contained in newly-released report data from MarketingCharts. MarketingCharts

ON THE LIGHTER SIDE: 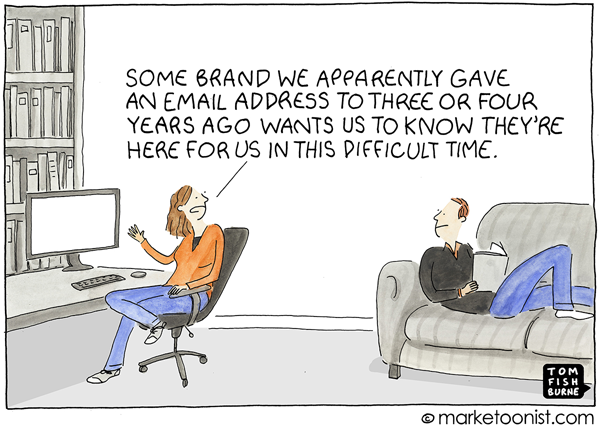 TOPRANK MARKETING & CLIENTS IN THE NEWS:

Do you have your own top B2B content marketing or digital advertising stories from the past week? Please let us know in the comments below.

Thank you for taking the time to join us, and please return again next Friday for a new selection of the most relevant B2B and digital marketing industry news. In the meantime, you can follow us at @toprank on Twitter for even more timely daily news. Also, don't miss the full video summary on our TopRank Marketing TV YouTube Channel.