Is Content Marketing a Waste of Time and Money? Data and Lessons Learned from 20 posts in 30 days.

After 30 days and 37,000 words, this was the single greatest experiment and exercise in content marketing I've ever undertaken. The data is fascinating. If you care about content marketing or work in SaaS, this is an important post to embrace for 2018.

Why All Bloggers Should Offer Coaching (Yes, Even You)

You started your blog because you want people to read it. You want your blog to connect with people. You want your content to reach a wide audience. You want to build a base of fans that gobble up your every word. And yes, at some point, you also want to make money from your(...)

What Are Hashtags Really For? #Confused #Blessed #NoFilter 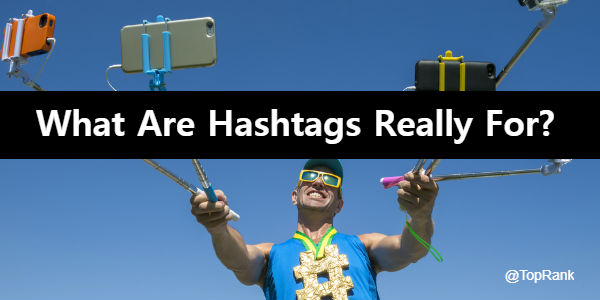 In late 2014, the hashtag #WhyIStayed was trending on Twitter. Frozen pizza slinger DiGiorno, known for being snarky and clever on social media, wanted to join the fun: 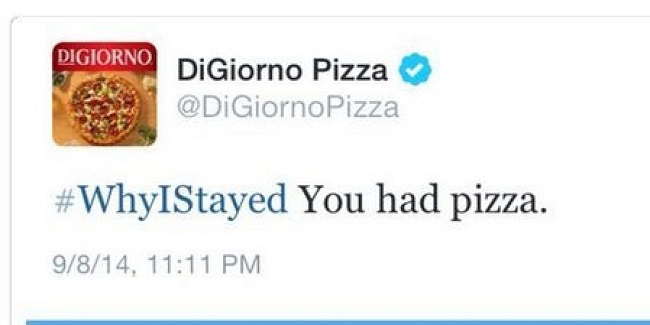 There was just one problem: #WhyIStayed started in response to a video of domestic abuse. Women used the hashtag to tell their own story of abuse and talk about the societal pressures that led them to stay with their abusers.

At best, DiGiorno looked clueless. At worst, it looked like they were making light of a very serious issue. All they wanted was a little brand visibility...and they got it, but not in the way they were hoping.

Hashtags are an integral part of Twitter and Instagram (and Facebook, to a much lesser extent). As such, they should be part of our social media marketing on each platform. But as DiGiorno and many other brands have shown, it’s not enough to look at the trending tags and hop on board. Marketers need to understand what hashtags are for and how our audience is using them before we jump in.

Here are the #fundamentals you need to avoid invisibility or embarrassment with hashtags.

Hashtags started as a feature on IRC (Internet Relay Chat) channels back in 1988, when the internet still ran on steam turbine power. The "#" in front of channel meant that it was available for users across the internet, not just on a local area network.

Facebook added hashtags in 2013, but they don’t see as much use on the platform. By contrast, Facebook-owned Instagram practically runs on hashtags. It’s not unusual to see a post with a four-word captioned followed by a paragraph of tags: #NoFilter #WokeUpLikeThis #BeachLife #SanDiego #ChihuahuaLove. Clicking any of the tags leads to a custom feed of images with the same tag, much like Twitter’s search functionality works.

Hashtags began as a way to categorize information for future searchers, much like the category or topic tags on a blog. In that case, using the right hashtags is more like SEO than anything else; it’s all about making sure your message comes up for the right query.

But hashtags aren’t really for search anymore. Hardly anyone is going to the search box on Twitter or Instagram and putting in a keyword to pull up a specific hashtag.

Hashtags are not really for marketers to boost their brand or their content, either. We can strategically use hashtags for that purpose, but we must remember that’s an off-label use. It’s important to tread lightly on using hashtags promotionally — as DiGiorno and many others can attest.

Odds are, though, your audience doesn’t actively think about why they use or interact with a specific tag. There’s an innate understanding that makes some tags look “right” or “natural,” while others feel “forced” or “commercial.”

The best way I can think of to express that innate understanding is:

Social media feeds move fast. Hashtags are a way for users to block out space to have a conversation. “We’re telling this type of story in here.” “We’re sharing this type of picture in here.” Using a specific existing hashtag should come with the knowledge that you’re entering someone else’s conversation space.

The social media manager at DiGiorno likely wouldn’t go up to a group of people talking about a sad and serious topic in hushed tones and shout, “PIZZA!” But that’s exactly what they did on Twitter.

So before you jump into a conversation, make sure that:

When you’re making your own hashtags, keep in mind that you’re starting a conversation. You can’t control who contributes to that conversation and what they might add to it.

For example, in 2012 McDonald’s used the hashtag #McDStories in a tweet, seemingly inviting users to share their own special memories of the chain. Instead, they got stories about food poisoning, diabetes, heart attacks, and animal cruelty.

It turns out McDonald’s had intended to use the tag to promote stories from employees and others affiliated with the brand. But they accidentally started a much wider conversation. With a little forethought, the mess could have been avoided.

So, when creating your own hashtag, keep in mind:

Good hashtaggery starts with understanding that hashtags are a conversation. From there, the optimum tactics for using hashtags vary from platform to platform. The good folks at Buffer have an in-depth guide that touches on each of the major social media sites.

Here are some simple tips that I recommend to supplement Buffer’s advice:

Hashtags started as a tagging tool for search. Today, they’re used to create a space for conversations, group people with similar interests, and fill Instagram feeds with puppies. To be most successful with your hashtags, respect conversations that exist already, and be cautious about the conversations you start.

How to Drive Traffic With Your Facebook Cover Photo 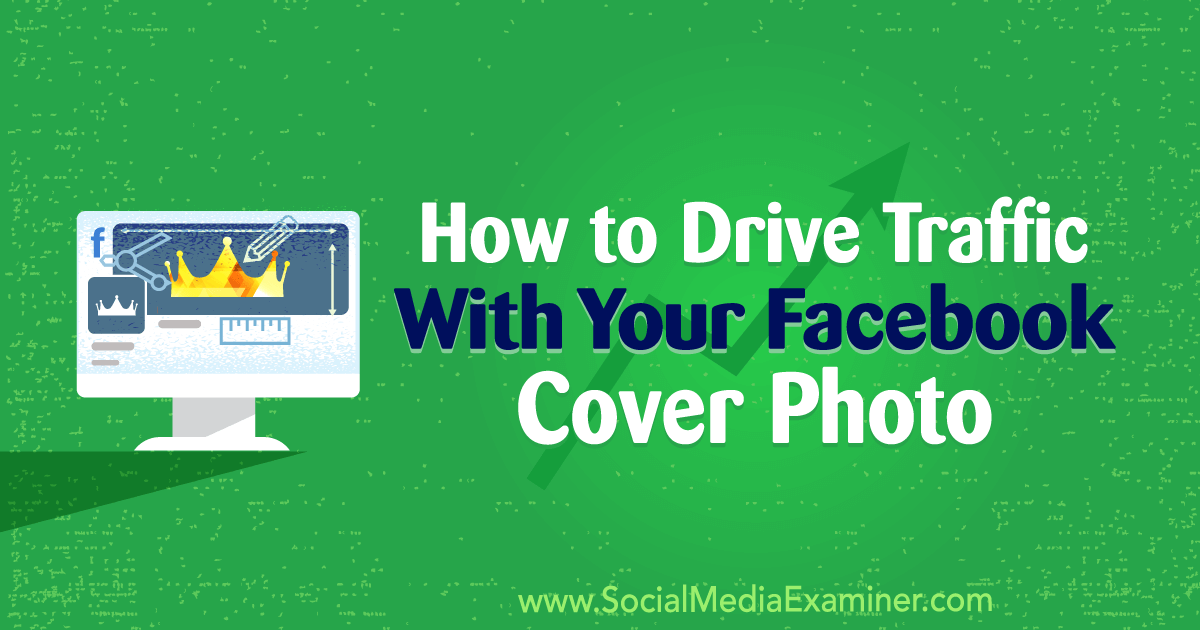 This post How to Drive Traffic With Your Facebook Cover Photo first appeared on .
- Your Guide to the Social Media Jungle

How to Use Facebook Lead Ads for More Prospects 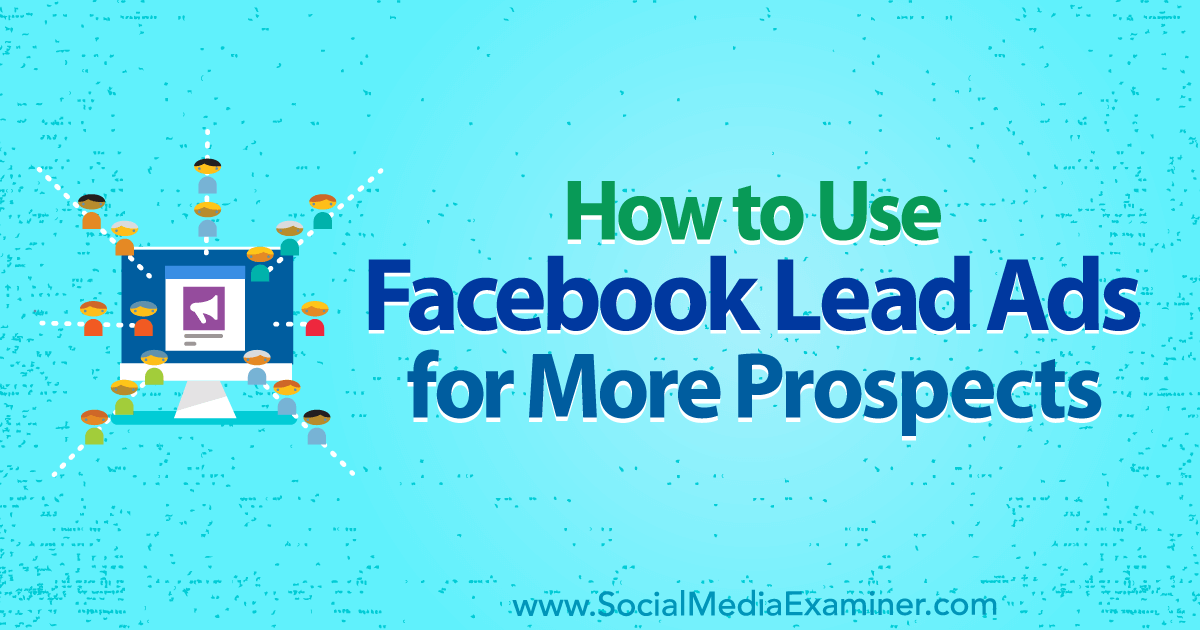 Need more qualified leads from Facebook? Have you used Facebook lead ads? With the arrival of Facebook Zero, pages will effectively see little or no organic reach without some form of ad budget. The money you spend needs to show a return. In this article, you’ll discover how to use Facebook lead ads to collect [...]

This post How to Use Facebook Lead Ads for More Prospects first appeared on .
- Your Guide to the Social Media Jungle

If you've ever been frustrated by the politics of trying to update and optimize your website, no-touch CRO is for you. The concept is simple. You use popups and sticky bars to create traffic flows and experiences that help you learn more and convert more - all without changing anything on your website because they are a layer above your website. Get started already...

Optimizing Tactics vs. Optimizing Strategy: How choosing the right approach can mean all the difference in your optimization efforts

Watch this video to discover a strategy that can put you ahead of your competitors by adding an incredible amount of value for your customers.

The post Optimizing Tactics vs. Optimizing Strategy: How choosing the right approach can mean all the difference in your optimization efforts appeared first on MarketingExperiments.

Earlier this month, marketers were shocked to learn that Facebook would be making more major changes to its News Feed, effectively bringing brand and publisher organic reach to zero by prioritizing high engagement content from family, friends and groups. In a formal statement posted on his own Facebook page, Mark Zuckerberg said: “We built Facebook [...] 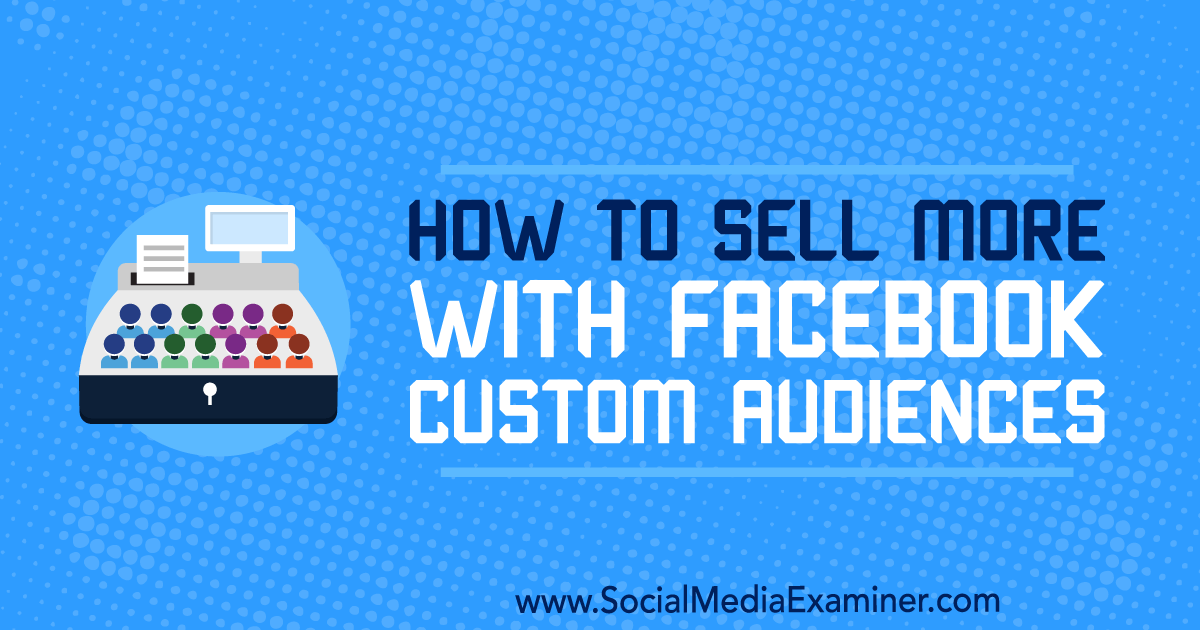 This post How to Sell More With Facebook Custom Audiences first appeared on .
- Your Guide to the Social Media Jungle